***I actually found El Pino from Blood In Blood Out. It was only a stone’s throw from the main office! I must say that it looks pretty cool! I would have taken a picture, but I didn’t even bother trying with my dumb phone!***

I invented a new dish which I later found out already existed. It may not be new, but it’s new to me! (Not to mention the fact that I probably make it better than anyone else in the world since my culinary skills are unmatched!) I definitely plagiarized something that I didn’t even know existed! BELIEVE IT OR NOT!

Before I begin, let me put out a disclaimer: If you’re one of those people who counts calories and lives a healthy lifestyle, this is not for you. This dish is for read blooded human beings who enjoy great tasting fatty foods!

*This is a recipe that I created. If you end up making money from stealing this idea, please send me my cut so I am not forced to take action against you. (Legal or illegal!)*

Furthermore, if this is not the first time you heard of this, go fuck kill yourself; I invented it! (That being said, I am aware that this dish has already been created, but I never heard of it prior to inventing it!)

Step one: You should make a peanut butter sandwich with absolutely no jelly. Jelly is not a main ingredient; it is simply there to make the sandwich easier to consume. If I could eat PB&PB sandwiches, I would! Once you have a peanut butter sandwich, place it to the side. (I placed my sandwich on a clean dish, but feel free to place your sandwich wherever you want; cleanliness is next to godliness which means cleanliness does not exist!)

Step two: Crack three eggs into a bowl and scramble them thoroughly. (Season the eggs to your liking!)

Step three: Dip the peanut butter sandwiches in the eggs like you would a piece of bread for some French toast.

Step four: Melt some butter in a skillet and fry the egg-coated sandwich until fully cooked. (The butter can be substituted with margarine, but not spam. You are not preparing a healthy meal!)

Step Five: Place the finished product on a plate and enjoy with your favorite syrup!

The best part of the dish is the fact that it is safe for people with peanut allergies. Apparently the heat creates a negative reaction and removes the negative effects of the peanut. (This sandwich may be the cure for peanut allergies!)

***I thought about leaving the post as is, but I don’t want to get blamed in the off chance that someone who is allergic to peanuts tries this dish and has a severe allergic reaction! (I completely made up the part about the dish being safe for people who are allergic to peanuts. Don’t ever eat this; you would probably die a horrible death!)***

I did some research and the preliminary results show that my Peanut Butter French Toast is what the Olympian gods called ambrosia!

If you use one of these to make French toast, you’re probably doing it wrong! 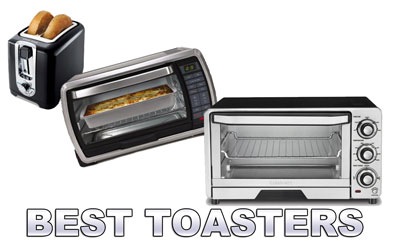 Random Tip: Never allow someone’s baby daddy to drive your car from a tight parking space. Those guys suck at pulling out!