The other day, I noticed a charge on my debit card for $105. I was perplexed since I didn’t buy anything for that amount, plus, I never visited the town where the charge was made. To make things even weirder, I still had my card in my possession. “How the hell did this charge show up on my account?” I thought. Upon some quick investigation, I learned that there are professional thieves who have different methods to steal your card information. I also discovered that many small ATM machines which are not affiliated with a bank can be susceptible to this thievery. Gas station pumps are also unprotected. I was advised to stay away from most ATM machines and to start using cash at the gas station. Thankfully, Bank of America has a great fraud protection system and the money was replaced. (I guess BOA is not as bad as I thought!) I have always been a cash carrying consumer and I think I’m going back to the traditional way of doing things. From now on, Cash Rules Everything Around Me! BELIEVE IT OR NOT! 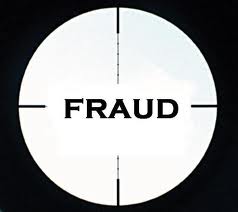 The great thing about Los Angeles is the fact that it rarely rains. The downside is the fact that the city is not built for rainfall. Yesterday, it rained and there were floods on nearly every street in the surrounding area. There were several older-model cars that broke down, in the middle of the road. Thankfully, the “storm” only lasted a half-hour or so.