Our Friday was the longest day during our time in Los Angeles. We worked the Paramount Pictures Pre-Golden Globe Party. It was basically a who’s who when it comes to Hollywood. The gala was held on the Paramount lot, located in Hollywood. We met some great people and we had a fun time.

There was a lot of work to do, since we helped to prepare the food, prepare the serving tables, and then we spent the remainder of the time storing away most of the dishes, cups, and utensils. (It was a hard day’s work, but we were well compensated!)

The party did have some perks. We ran into a few celebrities. On our way into the studio, we walked by comedian Donald Glover, and I met actor James  Caan, briefly. We were busy setting up the buffet table, when the woman in charge asked us to halt for a second. We stopped everything while a man and his small entourage walked by.; the man turned out to be none other than Hollywood tycoon, Sumner Redstone. (If you don’t know, he’s a pretty big deal!)

The party was a great experience and they seemed pleased with our work ethic; it appears we may be working during one of Sunday’s big events. 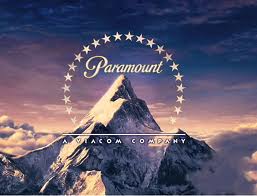 Now to a more pressing matter; it’s officially Tebow Time! Earlier in the year, my beloved Broncos suffered a suicide-inspiring loss to the lowly Patsies; I had to taste humble pie. (For a recap of my depressing post, click the link: Humble Pie Tastes Like Chicken.)

This time around, things will be completely different! The Great Tim Tebow will lead my battle tested Broncos to victory over the Brady Bunch! So it is written, so let it be done! My Facebook and Twitter accounts are filled with fearful Patsy fans who all know what their team’s fate will be on this beautiful Saturday afternoon. (Pacific Time, of course!)

We will enjoy the dominating performance while scarfing down grilled delights and nature’s happy nectar! (It would be boring to just say beer!) After the game, while all of New England will be curled up in the fetal position, crying themselves to sleep under thick winter blankets, we’ll probably find something awesome to do! (After all, the game will end around 8pm!)

The upcoming weeks will be a true hell on earth for Patsy Nation; I will constantly remind everyone of Tebow’s greatness! I honestly can’t wait! 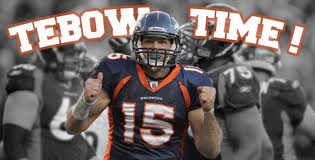