Studying history will help us to understand the world we live in. There have been many evil people who walked the earth, but the pimp is the worst form of human life known to man.

Sadly, there are some “prostitutes” who follow a pimp simply because it is what they were taught to do. The pimp doesn’t even have to convince the youngsters to join his flock, and once the victim is introduced into the pimps world, it becomes difficult to escape. The game is changing more than ever. Males have also decided to sell their souls in order to provide for the pimps; it’s quite insane. I am talking about “straight” men who work for pimps. How the hell does that happen?

Watching the prostitutes stroll into the pimp’s palace and give him their hard earned money is always difficult for me. I do my best to try and turn a blind-eye, but I am realistic enough to know what the ways of a pimp. It’s the sadness felt by a Jewish kid who is sitting on the front stoop, playing with a top while peering into the neighbor’s massive front window and watching little Christian Ricky opening his wonderful gifts as he sits under the shadow of the large Christmas tree.

In previous posts, I joked about wanting to be a pimp, but I just don’t have the heart to do it. I think I would be extremely successful because the game is pretty simple. First, you find a young person who is impressionable and you persuade him or her to do as you command; the key is to sell them the idea of a prosperous future. I come across these feeble minded young citizens of the world on a daily basis and I always feel like the anti-Tin Man; I think to myself, “If I only (didn’t have) a heart,” I could make millions. (Mentioning the Wizard of Oz reminds me of the rumor of the hanging munchkin; who knows if it is true? YouTube it!)

Preying on the young will ensure that the pimp’s empire will continue to thrive; the young ones with father issues are a pimp’s golden ticket. The pimp will also use the elder and more seasoned prostitutes to show the newcomers the ropes. The guidance of a veteran is the best way to ensure that a novice will remain loyal. They say, “pimpin’ ain’t easy, and they are not lying.” (The competition for Johns is a fierce one!)

A pimp spends a great deal of time preparing a new prostitute to be a successful earner, but there is no honor among these “gentlemen.” Pimps wear distinctive clothing because they want to be identifiable to other “prostitutes,” and the best new additions for any pimp are those who are well versed in the game. Pimps desperately attempt to increase their stable by depleting the number of a competitor’s flock. (The pimps call this swap, “checking a ho!”)

Pimps are the scum of the earth! This is not my opinion; it is a known fact. No offense to anyone who has a pimp for a father. I’m sure he is a great guy once you get to know him. Plus, there are those in his “flock“ who deserve to be “corrected” every so often when they step out of line, if you get my drift. I have no problem with anyone who chooses to give away their souls by joining such a “business;” people are free to choose their own destinies. To me, the “prostitutes” are not to blame; they simply don’t know any better. (I place the word prostitute in quotations because I don’t like the title. I prefer to call those who seek a pimp’s instruction, the misguided!)

Pimps are the lowest humans on the totem pole. They lack the ability to care for others and only worry about themselves. They provide absolutely nothing for the many hard workers who have been brainwashed by their game, and only promise future happiness. It is truly sad to watch a misguided person suffer through unimaginable pains, with the unrealistic goal of things getting better at a later date. I’ve heard about the wonderful super hero who flies around the world saving all the prostitutes who are under the spell of pimps. When is Captain Save-A-Ho going to make his way to Boston? (We need him desperately!)

I once spoke to a former misguided prostitute. She admitted that she was brainwashed by the persuasive pimp. She actually believed the pimp cared for her and loved her. No matter how many times she was abused she continued to work for the pimp. In fact, she worked harder the more she suffered.  She believed every word her pimp spoke, regardless of how ridiculous he sounded. She worked her ass off to provide him with a better life, but she had nothing to show for her loyalty. Luckily for her, she had a sobering moment and removed herself from the horrible situation. I was filled with joy to hear her survival story, but those who remained under the pimp’s spell hated her for turning her back on their master!

Pimps basically capture the misguided. Even though the victims know they are free to leave, they remain; I think it has something to do with the Stockholm Syndrome. A pimp always talks about love, but they don’t understand what the word means. You would think the misguided prostitute will eventually figure out that she is not welcome in the house of the pimp unless money is collected. The sad part is the competition that exists between the misguided. Those who fail to “keep up with the payments,” will be chastised by the group. It’s bad enough the pimp will feels the need to punish the “slacker,” but the others should try to support one another. (It seems pretty obvious to me, but the prostitutes can’t figure out that the pimps love is based on the money!)

I wish pimps would admit their chosen “profession,” but they hate to be called a pimp. A pimp will be quick to say, “there is no shame in my game,” but the truth is, he has great shame. The misguided follow orders and never use the term pimp; they prefer more affectionate terms such as “father.” I guess the pimp replaces the daddy who abandoned them. (Listen to John Mayer; the guy is a great singer and he knows what he is talking about. “Fathers, be good to your daughters; daughters will love like you do!)

I once asked a pimp about his aspirations and he mentioned Benedict. At first, I thought of Benedict Arnold, but he was talking about the Pope.  (It’s true; the Pope is the biggest pimp in the world. Too bad there isn’t a “god” to make him pay for his earthly sins!)

I don’t give pimps the satisfaction of allowing them their hidden identities. I refuse to use their chosen misnomers. You are not a priest, deacon, preacher, pastor, or minister; you are a pimp. Do me a favor and stop preying on the weak; people work hard for their money. They call your business the oldest profession. I haven’t seen you work a day in your life; you cold-hearted snake. (Are those Custom Gators on your feet under your priestly vestments? Must be nice; pimps make me sick!)

When I think about the voluntary church “donations,” I am always reminded by Ice Cube’s song When I Get To Heaven. Here are some of the lines which have always stuck with me:

Yes, Mr. Preacher, do we have to wait outside if we don’t have our mandatory donations. I honestly never understood how people could give a church ten percent of their earnings, watch the pastor wear expensive clothing and drive expensive cars to his large manse, while they continue to struggle to remain above the poverty line. Yes Mr. Preacher, your “god” has provided a great deal for you. What about the people in the pews? Does your “god” not see them? (Maybe I’m wrong, but the whole concept seems a little “pimpy” to me!)

I guess the pimp’s hand is very strong. Who am I to help the pimp’s followers see the truth? To those who continue to follow blindly, it’s pretty simple; kneel obediently before your pimp and service his lord! 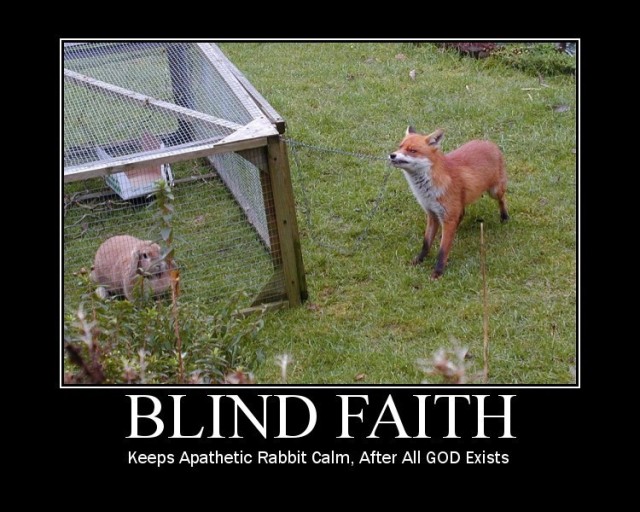 By the grace of “god,” I have been pimp free since ’93! I chose that year because it rhymes!